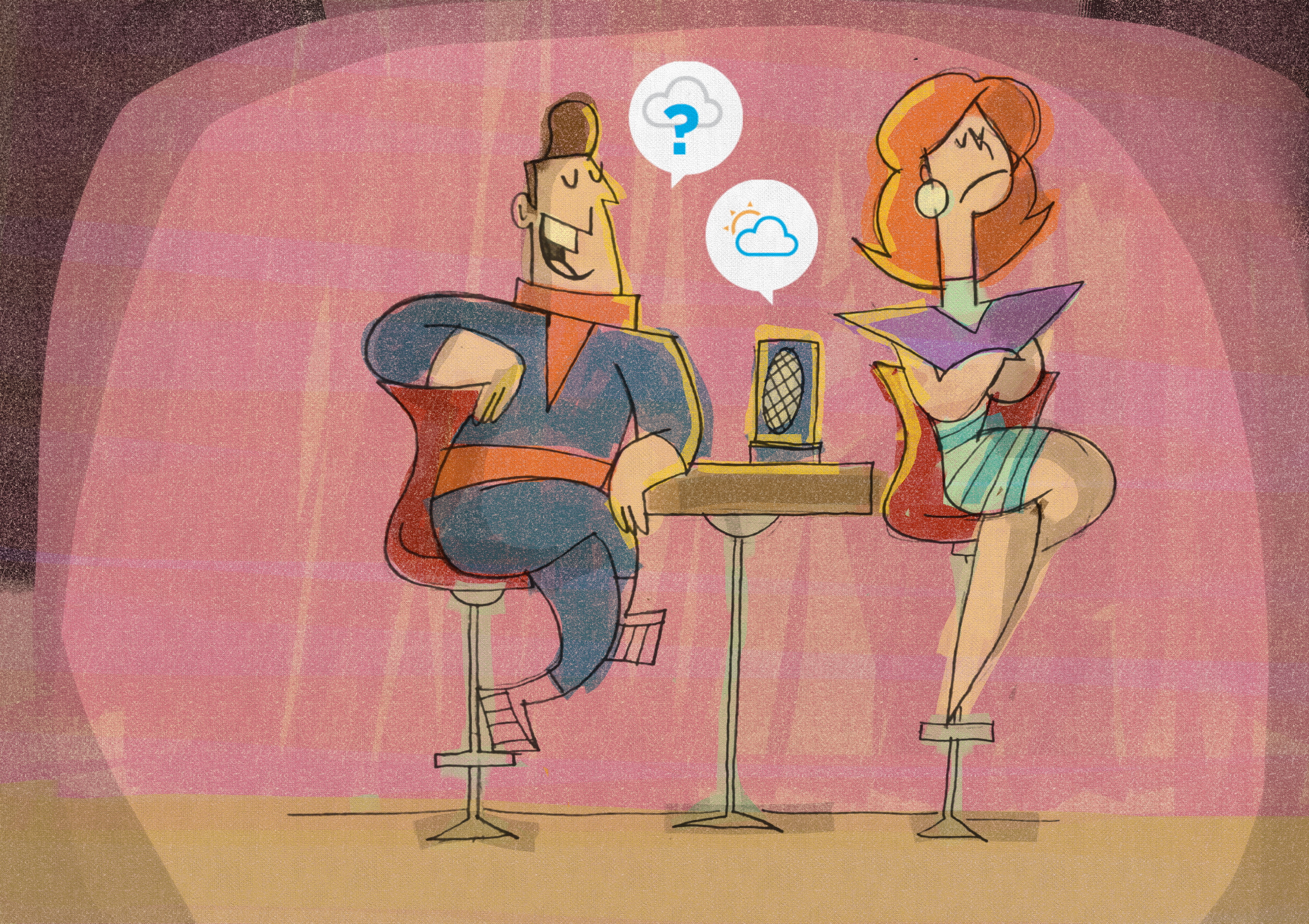 On conversational technology and robot rivalry

Today I tried asking Siri to tell Google to forward all messages to the cars’ Alexa while I was driving to the annual WWW Conference (WWW as in WetWareWorld – not the retro World Wide Web).  Siri refused blankly, stating, that she didn’t know what to do – and didn’t know either Google or Alexa. This is one of those things, that I can’t chalk up to my bad English and Danish accent – I’m pretty sure she was faking it, and very well know who Google is… they are just not talking at the moment.

There is no doubt, though; the more human the talk-bots sounds, the more annoying it is, when they refuse to understand what you are saying.

A few years ago, our friendly conversational robots functioned as mere over-engineered “clappers”; we mainly used them to turn on and of some of the lights we had bothered to install connected lightbulbs in. Then we extended our use of these domestic eavesdroppers to timers and alarms. We tried to have them read emails aloud – but that was way too intrusive, problematic for privacy and just plain annoying for everybody else in the family, that had to listen to boring emails from yet another lifestyle coach email-list and new “5 ways to improve your [job/investment/sex-life/other human condition]”.

These days, in my opinion, we’ve come a long way in figuring out, what this technology is actually good for; operating stuff we don’t know or have the interface too, remote access to data, when we have our hands full – and stress testing our patience… After thousands of years, where evolution has fine-tuned our human cognition and perception to learning and understanding the spoken word and subtleties of language, there’s still some way, before the talk-bots can compete with us.

To me, a great shift in the usefulness of the talk-bots was when they gained a better sense of context and a memory – back in 2018. Without being an expert in the field, it seems to me, that us humans can run many conversations concurrently. We can glide in and out of discussions and conversations depending on context and company, and we can remember where we left off  (well… most of the time).  We’re also good at recognizing voices. Now, asking Google to continue playing a podcast on the living room loudspeakers, after I come back from listening to it in my commute,  is one thing. Having Google automatically recognise that I’m home, volunteering to continue the podcast, but also reminding me that I have an appointment at the gym, that the road is congested – and my wife asked Google to remind me to pick up coffee on the way back is getting real close to the “Jarvis”-AI from the good old Ironman movies. That’s why we’re still hooked on the talk-bots and why they didn’t die as a fad in the late 10’s.