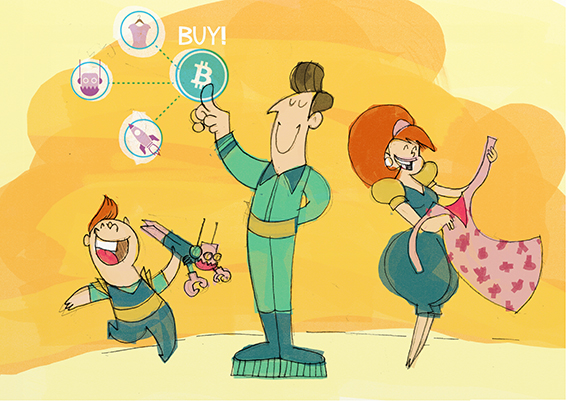 On the future of seed-funding and crypto-collectives…

Tomorrow marks the first day of a new life. Instead of mulling about in silent panic, I decided to write you a good, old-fashioned email – using the keyboard, typing this with my very own hands. In 50 years, I’m sure we’ll have almost the same reverie towards hand-typed emails, as people did in the ‘90s over handwritten letters.

Things have been reasonably quiet here, after the funding period – but of course, it’s silence before the storm. After I published the results, the Lithuanian BlockChain Investment Group came through and doubled the amount, so we are good to go, and I now have six months to get some business rolling. 20 or 30 years ago, I might have had to go to a bank – if I could find one who wanted to talk to me. But these new Coin Collectives with semi-automated vetting procedures and then discussion-forums, where investments are discussed and decided upon has, as you know, overtaken much of the seed- and scale-up funding in our country. Also, apart from our state-supported bank and the sole “mega-corp” survivor, it’s not like we have many other choices left in our little country.

With the automatization of most financial services, it’s interesting how the last 10-15 years have seen the resurgence of new-age Medici’s, global and virtually connected collectives, robber-barons and new-age Franciscans. Also, I like that a lot of fancy Bank-buildings in financial districts around the world have been refurbished into something more useful. They are now either co-working spaces or sweatshops, depending on how you feel about the whole “gig-economy” that is sweeping through the low to middle-income brackets of the society at the moment.

Now, I only hope that I’ve gone for the right brand of currency and that it won’t fold on me, halfway through the production run of my first 100 One-Song Speakers (I know – you still don’t believe it’ll fly…).  It’s much rarer now, but in the early heydays of new digital currencies, not a month would pass without significant fluctuations or even collapses of a new currency (they were called “CryptoCurrencies” at first, as society marveled at the technology that made them work). That’s why I make sure I pay most services up-front, which makes it easier to negotiate deals – and with online ledgers, it’s very rare that disputes occur anyhow.

I’ve asked my stock- and book-keeping AI to reserve a unit for you.

Let me know what you think when you get it!